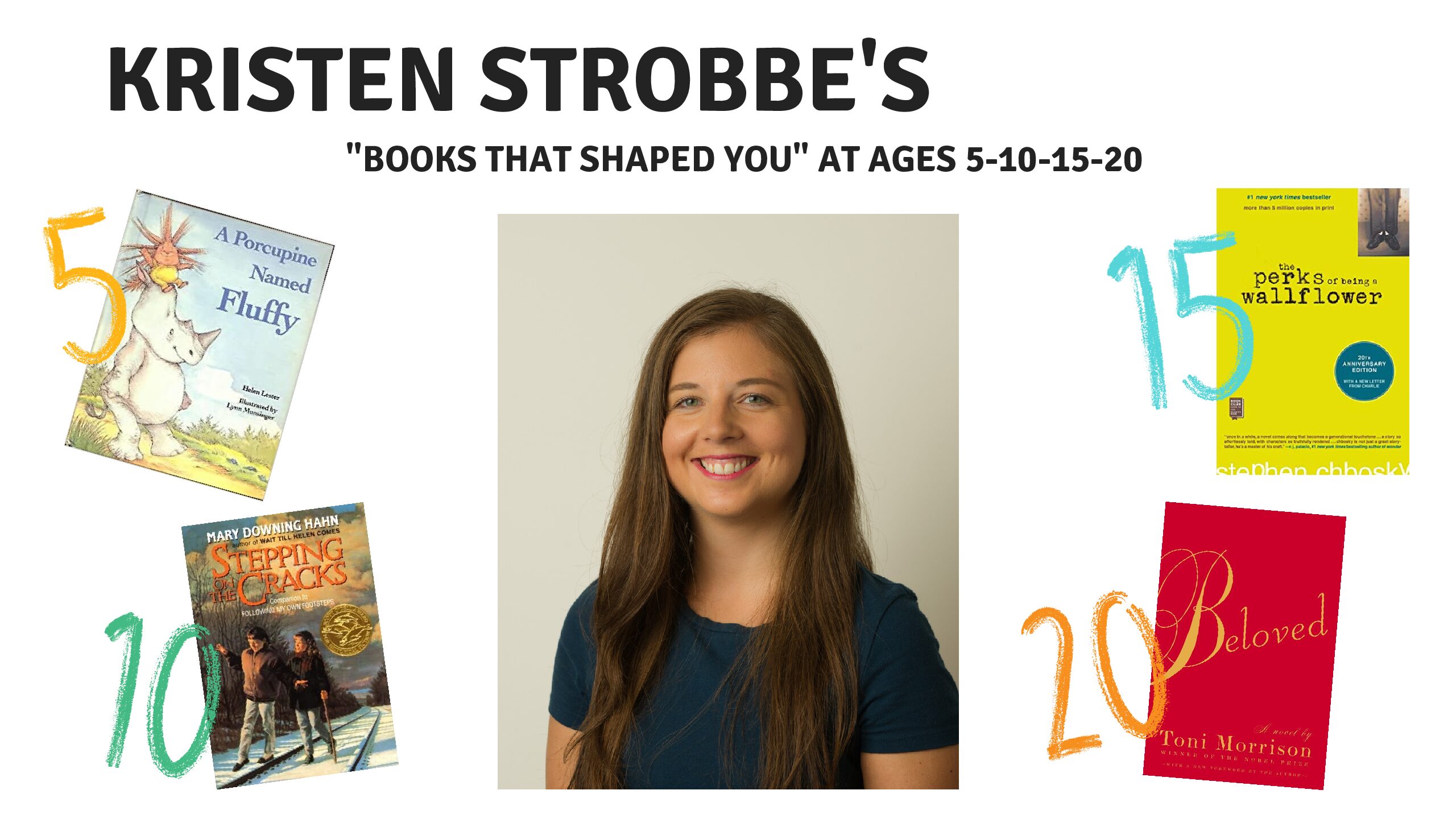 Inspired by Pitchfork’s 5-10-15-20 feature, we asked the WITS staff to talk about the books that shaped them as they grew up. From Kindergarten favorites to the novels that got us through college, we’re excited to take this walk down memory lane, five years at a time.

Fluffy is a porcupine, but he is definitely not fluffy. Sweet Fluffy has a hard time accepting that he is not fluffy and tries everything he can think of to become fluffy, including trying to be a cloud and eating lots of marshmallows. This all changes when Fluffy meets a friend who helps him embrace who he is and realize that he is so much more than his name. I made my dad read this to me every night. Fluffy, even though he’s not fluffy, is such an endearing and relatable character. This story showed me how a new friend can change how you see yourself for the better.

This book is set in Maryland during WWII and tells the story of three young people whose lives are affected by the war. Two characters have older brothers fighting in Europe, while another character has a brother who’s gone AWOL and is hiding out in their hometown. This book stuck with me, because I really identified with the character, Margaret, who is seen as shy and a bit of pushover, but she is thoughtful, kind, cautious, and has strong convictions. Having a character go AWOL during a war that is seen as so noble was a bold move on Hahn’s part. As a reader, I remember feeling sympathetic to the AWOL solider and questioning my own beliefs about war and conflict.

15 – Stephen Chbosky’s The Perks of Being a Wallflower

The Perks of Being a Wallflower is, to me, the perfect teen/YA book. It tackles some very serious issues with humor, friendship, and most importantly, hope. The book was fairly popular among my group of high school friends, and I’ll always remember it for being one of the first shared reading experiences with friends outside of assigned school reading. The experience was definitely a precursor to book clubs I’m in now and facilitated a transition to reading in my adult life.

Beloved is one of my favorite books of all time, written by one of my favorite authors. It was assigned reading in college, and I was immediately absorbed by the story (inspired by the true life story of Margaret Garner) and Toni Morrison’s writing. The story is steeped in tragic history but manages to weave in hope for characters trying to live their lives after unimaginable trauma. Oh, and maybe there’s a ghost? This book introduced me to Toni Morrison, and I’ve never been more thankful for assigned reading in my life.